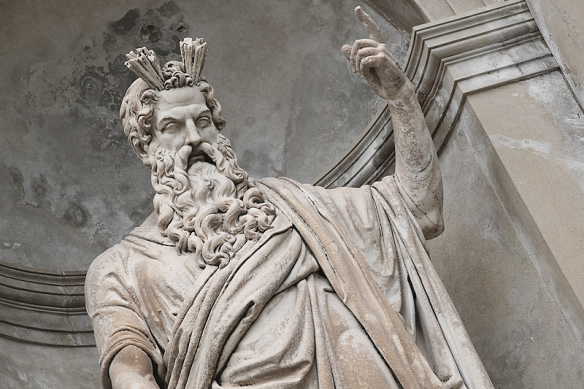 “What all good leaders share, however, is a level of self-awareness and emotional intelligence that allows them to control or leverage their personality tendencies, depending on the situation.”

The Department Chair assumed her role not long before COVID-19 and this was the first large gathering of the department after the acute crisis of the Pandemic – which hit this region, and the health system, hard. It had been a challenging few months, to say the least.

We are speaking at the AOC Business and Leadership Forum on November 7, 2020.

With all of the operational issues to discuss, some leaders might have decided to motivate the group with energy, confidence, and challenging them to perform at even higher levels. What did she focus on?  Values, Joy, and Belonging.

Values – They got through the past few months because they stuck to these values – even when it meant making difficult decisions.  She thanked her people, profusely and shared how humbled she was by their dedication to the mission.

Belonging – They will survive and succeed because they will create a sense of belonging – of connectedness.

It was EXACTLY what this group needed to hear.  Her style?  Subdued.  Calm.  Humble.  Thoughtful – but also quietly resolute.  There was no bluster.  She calmly outlined the challenge, thanked them for what they’d done and asked for their help moving forward.

She committed to them that she’d hold up her end of the bargain – by advocating for them and supporting them as best she could – but acknowledging the pending challenges and limited resources.

I also happen to know that she has invested a great deal of time an energy into developing personal relationships with many of her faculty during these difficult months – displaying humility at every turn.

A Fixation on the Strong, Charismatic Leader

Our culture has a fascination with leaders who are perceived as “strong.”  Generally, this strength is a mix of being confident, charismatic, opinionated, domineering, having “executive presence”, and even aggression.  We see it in politics.  We see it in corporate and professional settings- and we see it medicine.

The Problem with Overly Confident Leaders

Recently, he wrote about leaders who are dominant and confident:

But – we know from experience, research and history that they are not always successful leaders.

See our Website for more information on our physician leadership programs.

Oxford politics professor Archie Brown, in his book, The Myth of the Strong Leader  challenges the widespread belief that strong leaders –those who seek to dominate their colleagues and the policy-making process – are the most successful and admirable. In reality, more collegial styles of leadership, and the most cooperative leaders, seem to have the greatest success.

“In reality, more collegial styles of leadership, and the most cooperative leaders, seem to have the greatest success.”

Charismatic, opinionated, and aggressive leaders often promise to dominate others to achieve their goals.  Brown argues, though, that when a leader believes too strongly that only he knows best, he can take short cuts in problem solving that lead to disastrous results.  In other words, leaders who are unconstrained by others in making their decisions tend to make significantly poorer decisions.

Many U.S. presidents’ ambitious agendas were ultimately thwarted by Congress or the Supreme Court.  Many of the most effective leaders, meanwhile, affected dramatic change because of their mastery of collegiality and collaboration.  Brown points, particularly, to Abraham Lincoln as an “outstanding example of how collaborative and collegial leadership could be combined with attachment to principle.”

The Attributes of  an Effective Leader?

Google this topic and you’ll find nearly 200,000 lists.  Based on our work and research, we tend to focus on these:

Notice none of these are actually personality traits?  A leader can be naturally extroverted or introverted, more or less naturally candid, more or less passionate, high or low adjustment, or anywhere on the continuum of agreeableness, conscientiousness, creativity, discipline, etc.  Many personalities can be successful.

What all good leaders share, however, is a level of self-awareness and emotional intelligence that allows them to control or leverage their personality tendencies, depending on the situation.

NOT required leadership attributes?  Charisma, bluster, overconfidence, aggression, or the ability to induce fear.  Certainly, some effective leaders have deployed these approaches, but they can, just as often, be barriers to success or may only work in specific situations.

See our blog about Physician Leadership and Crisis Management.

Is The Myth Pervasive in Medicine?

I’m going to say that, to some extent, it still is.  It’s not as prevalent as it was ten or twenty years ago. Right after am impressive CV, some search committees then look for for that traditionally, strong, confident, and charismatic leader.

I am reminded of a situation early in my career where hospital administrators were enamored with a charismatic, quite confident, cardiac surgeon who convinced them only he could build a cardiac program for them. Despite serious barriers and hurdles, he would do it through his sheer will and confidence, and it would be done HIS way. I had the joy of working with him.

After a few months of offending everyone he needed to work with to build the program, it became clear this was not going to work. Organizations make this mistake more than they’d like to admit.

To learn more about J3P’s approach to physician leader success, visit us at www.j3phealthcaresolutions.com.