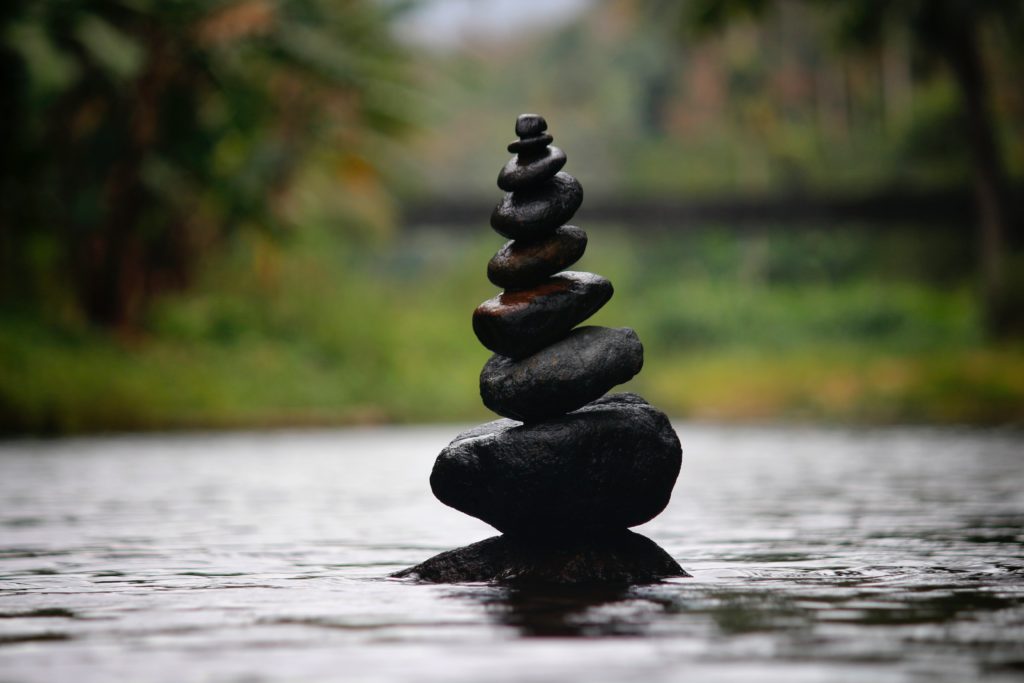 In 1997, I picked up the book Sacred Hoops by legendary basketball coach Phil Jackson.    I was not a huge basketball fan but I respected the greatness of Michael Jordan and the Chicago Bulls dynasty under Phil Jackson.  I had been casually studying Buddhism and other Eastern philosophies and I was intrigued by the concept of applying Zen Buddhism to coaching.

The book was pretty good. I read it, maybe learned a few things, and put it on the shelf. (I remember, however, being fascinated by an experiment where they held an entire practice in silence!)

Recently I picked it up again, looking for examples of practical applications of Zen principles to real life.  At the same time, I was updating training content for physician leaders and immediately saw parallels between the challenges faced by physician leaders, and Jackson’s lessons.  Here are a few observations from the book that seem to resonate with our clients:

“The gap between accepting things the way they are and wishing them to be otherwise is “the tenth of an inch difference between heaven and hell.”

Jackson spoke of this oft-cited Zen philosophy with regard to a mistake he made trying to coach a player – “clinging to a mis-guided notion of how things should be” he alienated a player and made a bad judgment that lost them a game.

Physicians are often frustrated by the changes they are facing.  Sometimes this frustration gets in the way of their ability to find a productive solution or approach to the change.

I encourage physician leaders to work to influence change.  Physicians are on the front lines of our care delivery model and should influence the direction of change.  They need to be effective champions and influencers. (In fact we’ve been asked on several occasions, recently, to do workshops on “Effective Influencing Skills.”) . (See a recent blog about covering this topic with the American College of Preventive Medicine.)

We work with some physician leaders, though, who cannot, once the change has occurred, get past their anger or angst about the change, itself.  They are so fixated on how they believe things SHOULD be that they can’t focus their energy and intellect on the actual situation and finding a solution that is in everyone’s best interests – their patients, their staff, and even their own.

On Leading with Self and Social Awareness

“One of the most important qualities of a leader is listening without judgment, or what Buddhists call bare attention. When you are a leader, you have to be able to read accurately, the subtle messages players  send out.”

Much of our work teaching leadership, change management, team-building, conflict resolution or other important skills, is grounded in an emphasis on self and social awareness.  You can think of this in terms of emotional intelligence.

To be an effective leader, you need to understand the thoughts and feelings of those you lead – this includes understanding how they are responding to you.  These skills are not emphasized during training.  As a leader, though, they are paramount.

I realize, to some this sounds like it takes a lot of time and energy – energy that could be better spent just “solving the damn problem” – as some physician leaders put it.  What these leaders fail to realize though – and what Phil Jackson gets, is that if it is a team sport -and healthcare is, now a team sport – you need to get the most out of your people. (See our recent blog on building high-performing teams in healthcare.)

Getting the most out of your people requires that you pick up on their needs, and communicate in a manner that respects those needs.  It’s actually a MORE efficient method of communication and getting results.  “Bare attention” doesn’t take that much time or energy, but it does require practice to make it a habit.

On Focusing on Your Team and the Organization:

The Buddhist principle of “Right Action”- the capacity to observe what’s happening and act appropriately, without being distracted by self-centered thoughts.

Sometimes as physicians move to leadership roles, they struggle to focus on the larger picture and the impact of their actions on the entire patient population, their colleagues, staff, and the organization.

In the long run, the quality of relationships with colleagues, whether staff feel valued, and whether we are on the same page with organizational goals all have an impact on patients, and on the physician’s ability to have a successful and rewarding career.

It can be hard to not evaluate every issue through the lens of how it impacts you, but you may have to put aside your offense at some perceived slight, or your personal reactions to people with whom you have a history.

I see this often with disputes between physicians and administrators.  The concept of “right action” calls for a more dispassionate, objective examination of the situation to find a solution for the greater good, without being distracted by self-centered thoughts. Similarly, don’t let your frustration with a situation negatively affect your staff. They look to you for calm leadership and confidence in the future.

I realize this can be challenging. Sometimes, organizational goals conflict with a physician’s self-interests.  These situations are far less frustrating, though, if you can evaluate them without the distraction of some of these emotions.  I’ve seen physician leaders let these emotions get the better of them to the point where they are advocating for a position that’s not even in their own long-term best interests!

As one physician leader stated to me recently “This leadership stuff is harder than I imagined.”  I think that any physician moving into a leadership role, if she’s being honest, would admit the same.  It’s simply a different skill set.  These are skills that can be developed, though.

Physicians bring a unique set of positive attributes to leadership – we need to get better at leveraging them.  We don’t have to train your entire staff in Zen principles of mindfulness, but we can learn a few things from Coach Jackson.  It was good enough for Michael Jordan!

To learn more about our physician leadership programs, visit us at www.j3personica.com

← A High-Performance Culture Based on Teams – NOT Programs! Eight StepsPhysician and Nursing Leaders – Improve Your Influencing Skills →